Since when is gold associated with the divine, with wealth, almost with the sacred? A superficial walk through the history of art would show that the golden pigment has a great symbolic weight often linked to everything which has value. Without going further than this simple observation, the drawings with golden ink seek to give value and brilliance to the subject which it describes. In this tendency, the Volatiles and Domestic Landscapes works are registered.

A walk through a popular market can give many clues about the culture of the place. In Bellegarde sur Valserine, the chickens from the Bresse region, known for their AOC seal, are particular: wrapped up to the base of the neck, they show their heads with their very clean and well-combed feathers, which might make you think that they are bowing.

To capture that gesture out of its context, it seems like a way to honor its excellence and give it an animal status. Putting it on golden lines over a black background is an attempt to extract it from its destiny. This is not the first time that the idea of redeeming through drawing the fate of birds which are eaten on a daily basis, and in the Treasure Chest to eat series, the concept was being gestating. 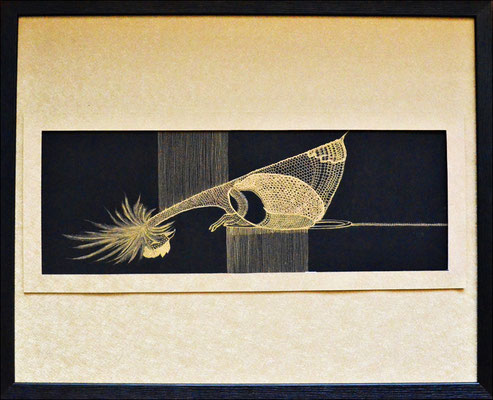 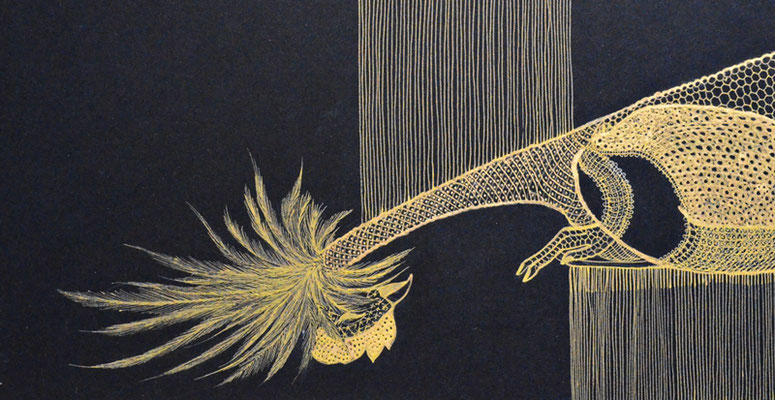 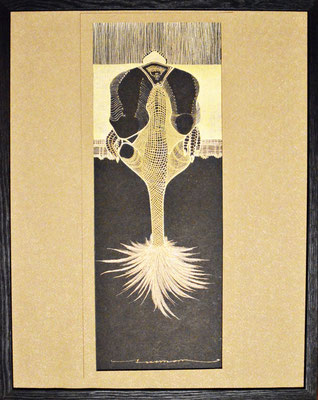 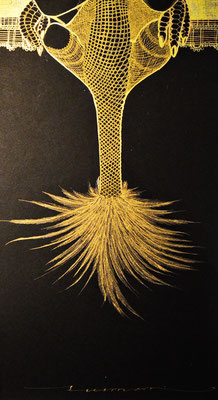 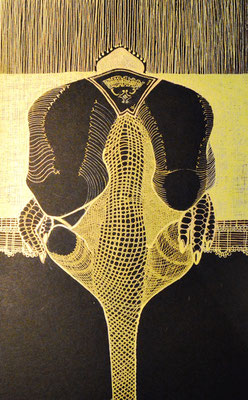 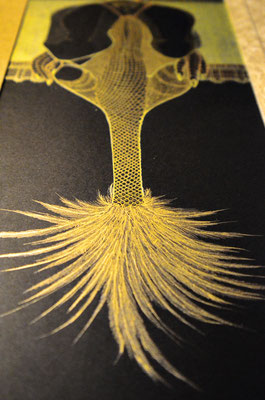 This series starts as observation exercises. They are also a kind of still life where instead of a composition of fruits or food, the idea is to capture home’s blind spots: those particular charmless places which are always there.

At the same time, such vain places, present in any house and in any place, are also details to a carelessness that can be comforting.

Revisiting those scenes in a special support such as rice paper with inlays and golden ink, is an effort to revalue those irrelevant everyday life images, in which it is worth resting your eyes from time to time. 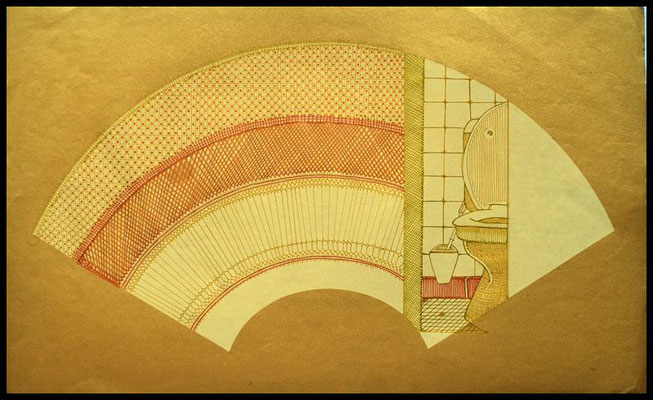 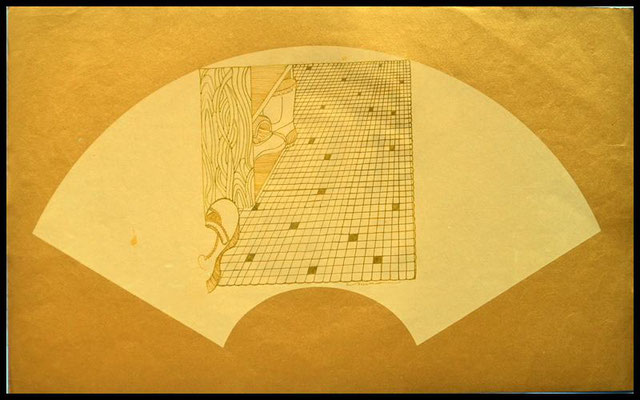 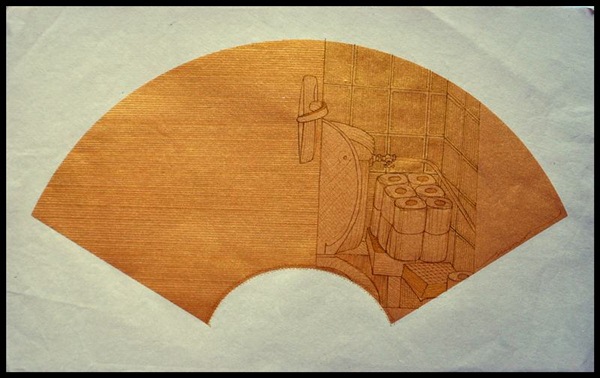 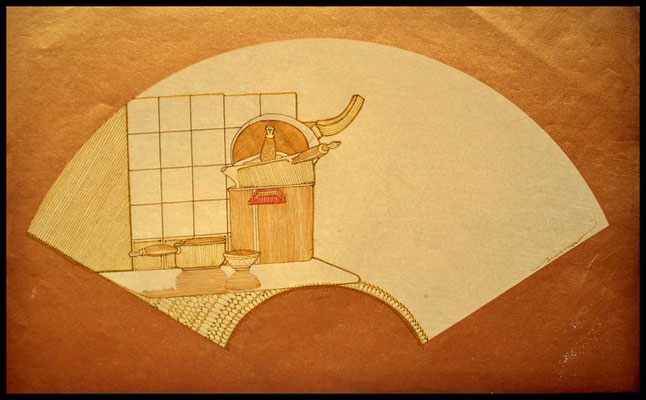 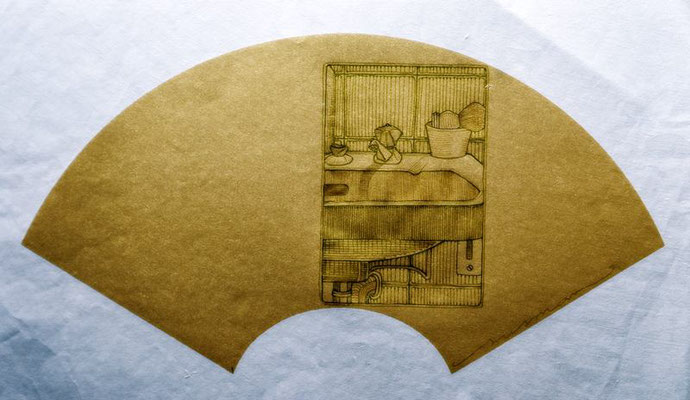