Found by chance at the foot of some trees in the mountains, these barks dictate the context and its complement to the drawing

This pair of drawings are elaborated not only from a shape suggested by each bark but also from the adaptation of each one of them from strips of paper found in the garbage. Thus each strip has its composition and at the same time, by joining the others, constitutes a new image. Thus, the Drako mode presents in its main plane a dress from which dragons figures emerge and in the Ornis mode, the barks become birds. Each "mode" shows the mutant capacity of the cortex in the drawing. 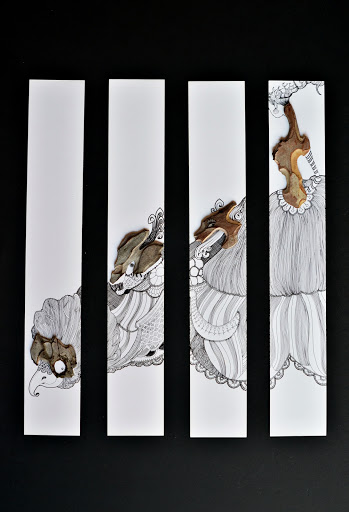 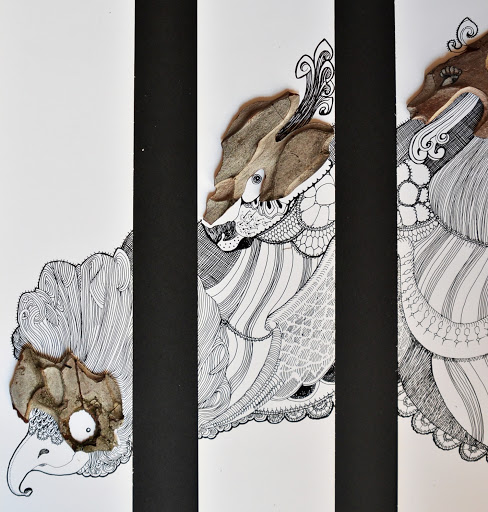 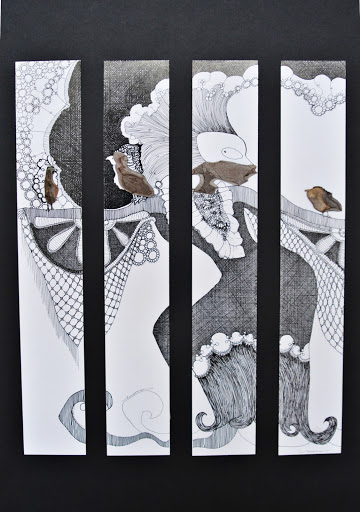 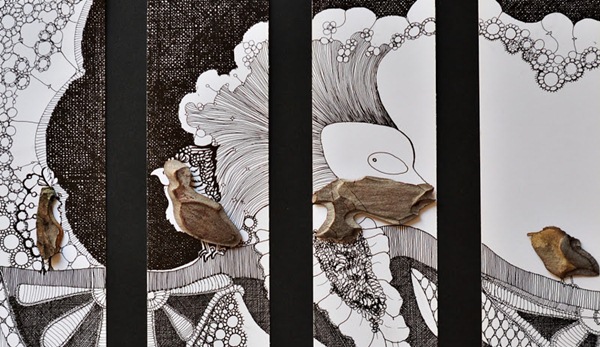 Since the beginning of the twentieth century, the art and fashion magazine «la revue de l'Art et de la mode», inbetween fashion and cultural events, published drawings of «prêt à porter» models with clothing and accessories from the French fashion. The hats were especially extravagant and for that reason, they were taken as reference for this series which seek to speak about a more dramatic subject : the huge amount of mutilated men resulting from the First World War. 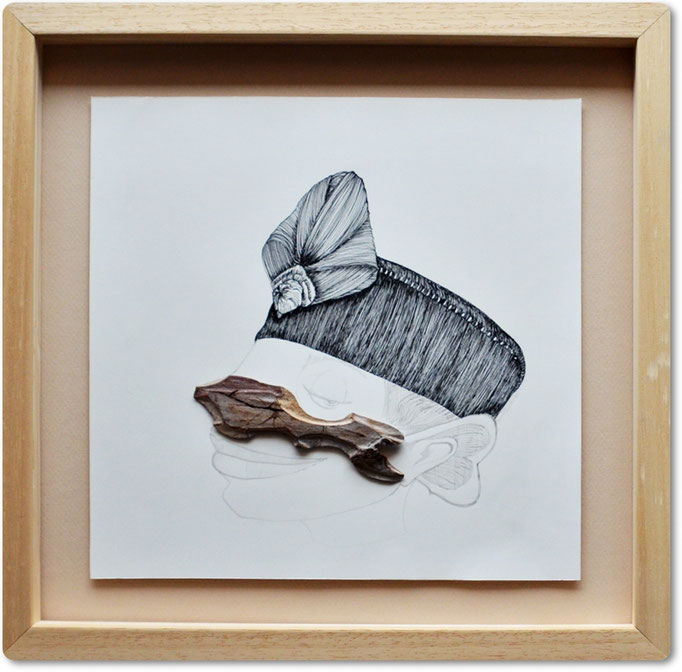 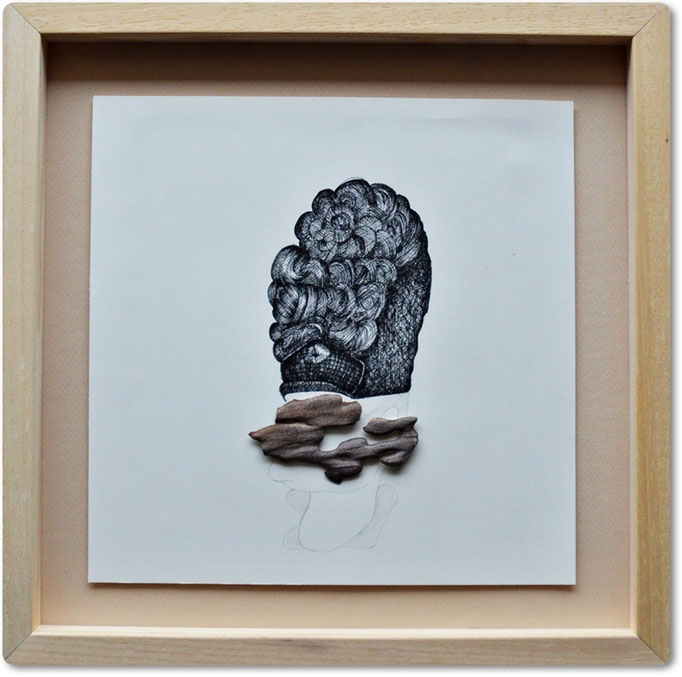 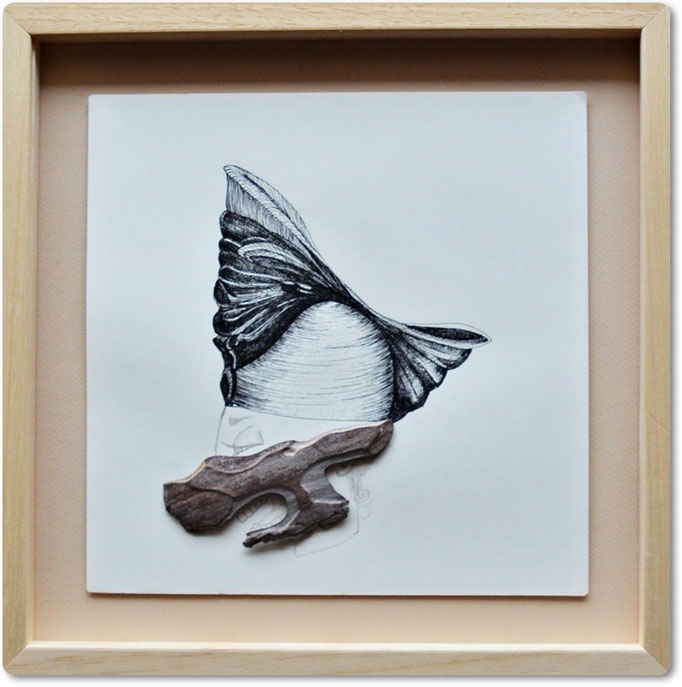 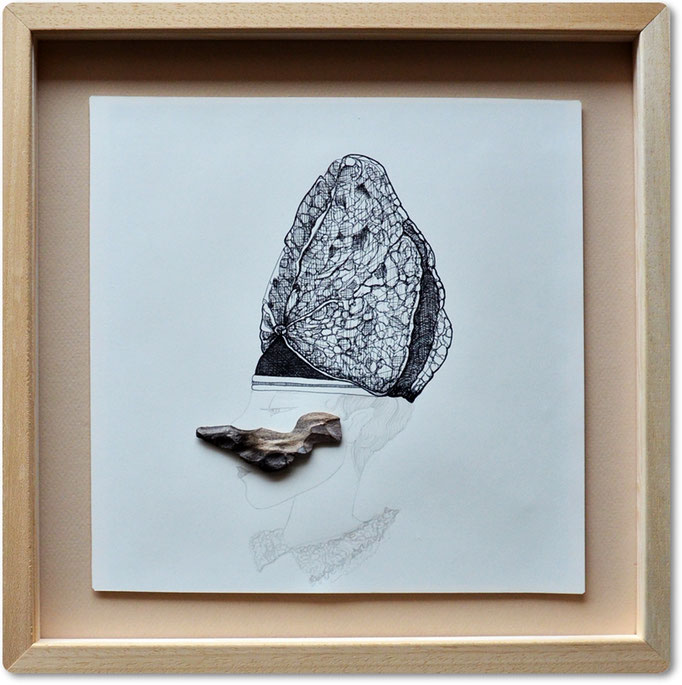 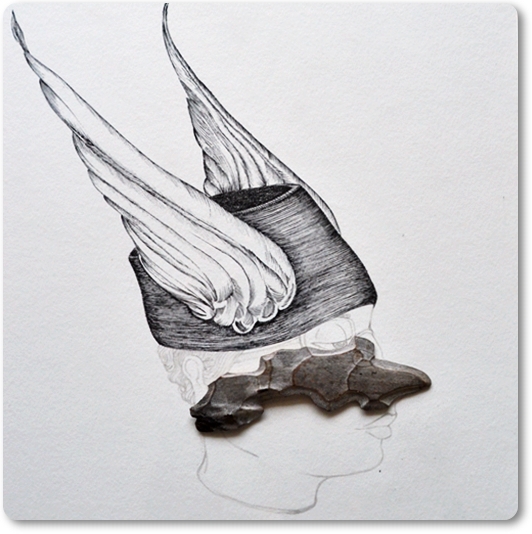 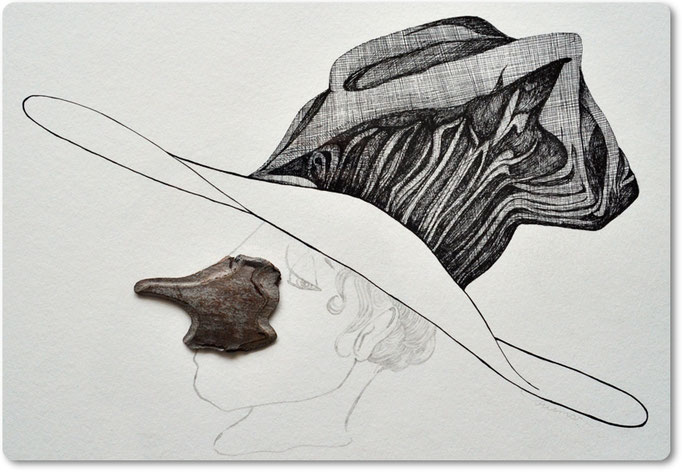 Can you imagine a hunting picture, where the hanging trophies are heads of men instead of wild animals? Would this be a visual revenge of the animals which rest on the walls of a house or a museum?

In any case, it appears here again that aspiration to the record, only now, the male haircuts of the Top Ten list of the year 2016 are shown. At the same time there is a continuity with the series Cfr. A. Soulié, although the drama of the postwar period and the broken face return now to the male gender, because they are the ones who carry the tree trunk nasal prosthesis. 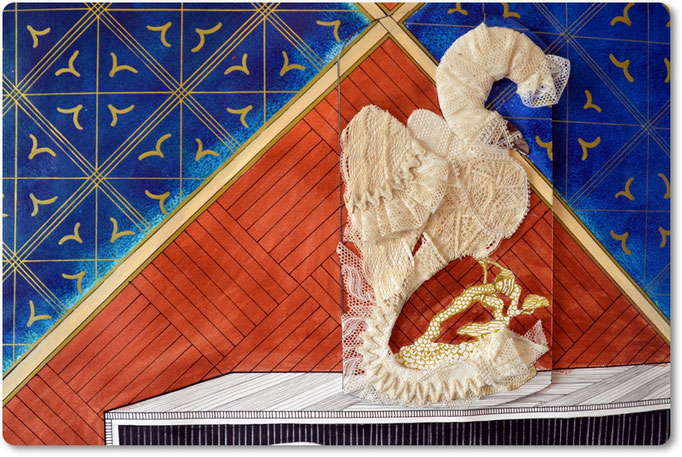 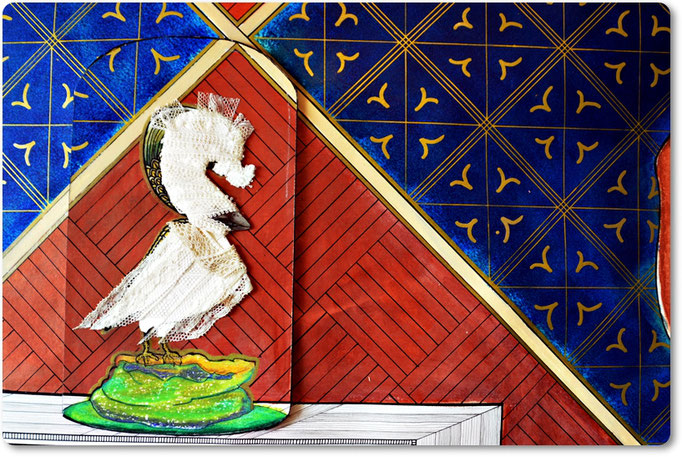 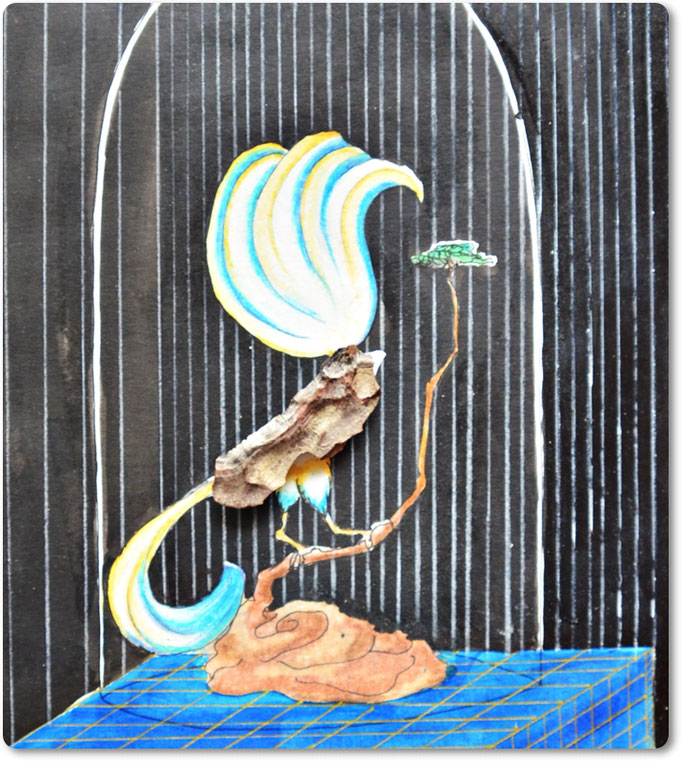 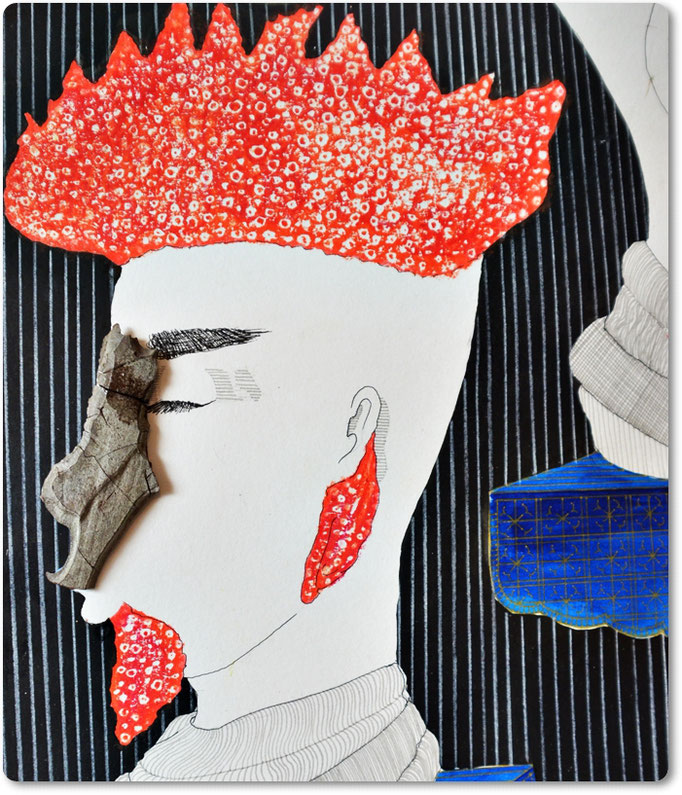 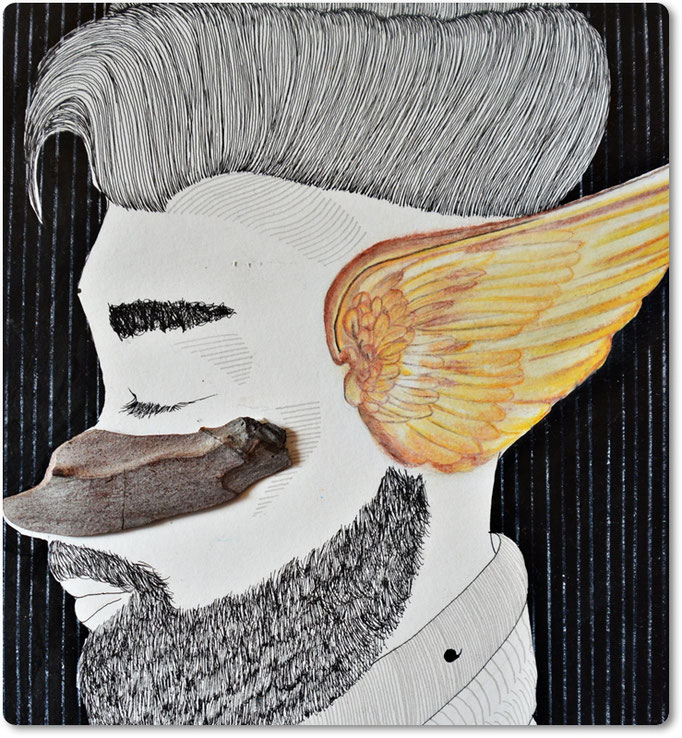 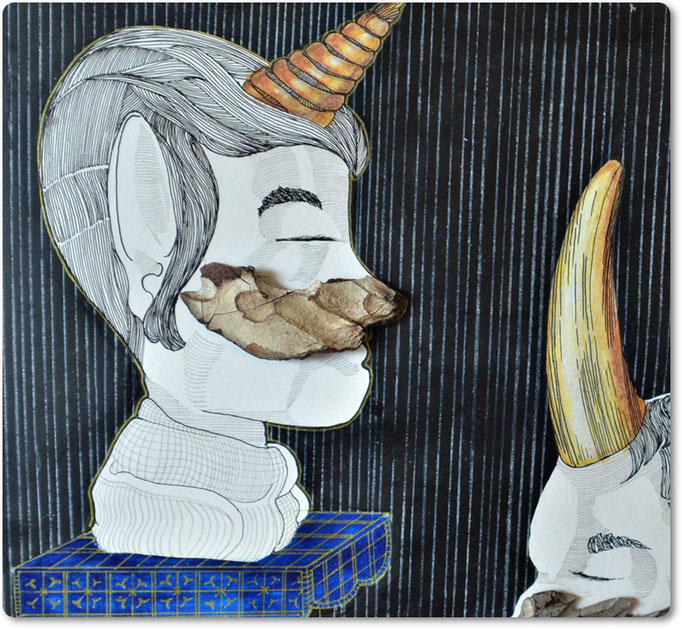 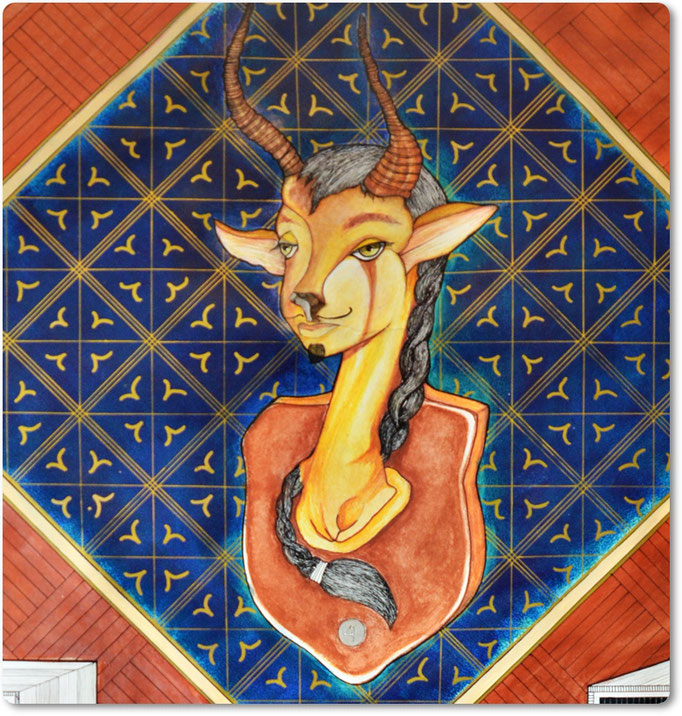 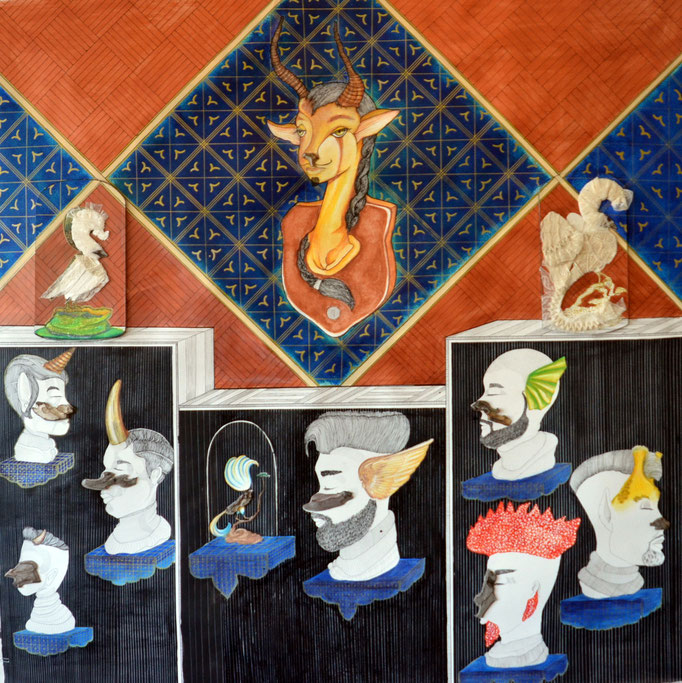